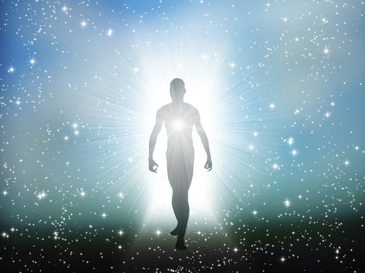 My friend invited me to the Unitarian Church service in which she was leading the discussion—“spiritual experiences.”

During the decade 1990’s I experienced many “spiritual experiences.” I was in the midst of a Hermetic initiation carried through by means of Gnostic sacraments and rituals. At that time I was pulled into a mythopoeic world that overlaid the life I’d been living. I heard disembodied voices giving me wise counsel (yes I am of sound mind), and experienced many deep dreams and visions that brought ancient wisdom to my contemporary condition of life. One time, speaking with a very wise woman friend late into the night, we both acknowledged that our faces began to look very different to each other. Though we sat cozily on her comfortable down sofa in the Beverly Hills, candlelight warming the atmosphere, we seemed to be transported to a time past, sitting outside our tents in the Sinai desert, camels shifting under the great night sky. We were both Sabras, born in Israel, and it seemed that something of our genetic heritage expanded our connection over a great swath of time.

As I was contemplating the subject of “spiritual experiences” the words from the Canticle of the Gnostic mass came to mind. “We are no more strangers and foreigners but fellow citizens with the saints and of the household of God.”

My otherworldly experiences at that time were like the entrance to a great mansion into which my initiation brought me. The Canticle that came to mind reminds me that I now dine at the banquet of that mansion, not a stranger or foreigner but an invited guest at the spiritual table. The simple remembrance of that prayer as I was contemplating the subject of “spiritual experience” is itself a spiritual experience. For I live as a spirit having a human experience. Every nuance of thought and synchronicity with the outside world informs me of that truth. If I were to cling to the importance of those startling experiences in the past as something special it would be as if I am still standing in the atrium of that great mansion with my coat on, neither moving further in nor departing the place. To paraphrase Chogyam Trungpa Rinpoche I would be remaining in egotism.

“We are no more strangers and foreigners but fellow citizens with the saints and of the household of God.” I realize there are those who don’t believe in God. The Hebrew letters for GOD signify that which cannot be defined. To believe or disbelieve in an entity named God is again egotism because what is real is real, and what is not real is not real. What I believe or disbelieve is irrelevant. To say there is a banquet occurring within a mansion is of course an allegory, a metaphor, a signifying image to describe that which cannot be defined. Only those who have experienced such an opening can comprehend that. They don’t stand in the atrium of egoism but surrender their cloaks and enter into the mystery.