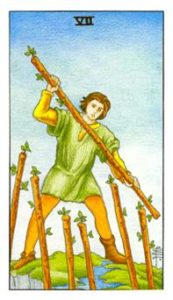 The reunion of four friends after months of traveling was joyful. Conversation, always intelligent, ranged from psychology to hairstyles, from politics to typography. “Oh, that’s just my ego,” one friend said to a round of laughter. “I’m not sure I even know what an ego is,” said another. More laughter. We all agreed that there should only be one space after a period, not two.

Later I stayed with the question what is an ego, and this image came to me of the ego as a kind of guardian of the soul, which is a gateway. We are vulnerable beings and we have all in some way been wounded by a world of harsh dualities—loving parents who loose their temper and treat us harshly; playful friends who terrorize us with their games. And those are just the benign wounds. We all know it can be much worse.

The ego is that part of us that bears the wounds. Protecting our vulnerability, it receives the blows and shows the scars. It makes valiant attempts at what it believes will avoid any further wounding. When one moves one’s center of awareness from the guardian of the gate to the gateway itself, one can laugh about the foibles of the ego, because as a conscious adult one can decide how much vulnerability one wants to share or not.

There is not a soul incarnate in a body that does not suffer. The only child suffers from loneliness. The middle child of three suffers from rejection by her siblings.  The mother suffers that her daughter wants nothing to do with her. The childless woman suffers for not having had children. We might believe that the grass is greener on the other side of our suffering but the truth does not bear this out. A deeper truth is the certainty that no matter how it looks from the other side, each person bears some degree of suffering. When we grok this we come to compassion—the deep recognition that we are all inside a conundrum of challenge that is in many ways painful, lonely, hurtful, fearful, sad…

Coming to the recognition that this is the condition of being human gives us the password to enter past the guardian-ego, past the gateway-soul to our spirit which has never been wounded, is not insecure, is not condemned, not fixated on pain, but whose whole enterprise is union with other spirits in the re-cognition that we are all one great glorious whirling unity.