The Information of Healing 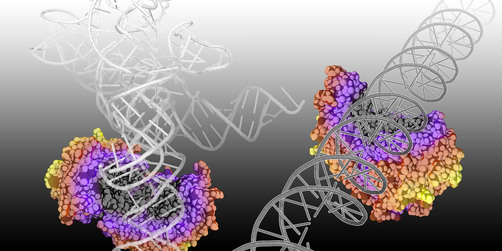 For over 35 years I’ve had faith that eventually medicine would catch on to true healing. Pharmaceuticals and surgery seemed so heavy handed for such a refined and finely tuned instrument as the physical sentient body. I turned to natural remediation of my chronic ailments, but still, though they went a long way to preserve my body and keep it intact, the deeper healing eluded me.

The word heal comes from the word whole. When interferences, such as pathogens or trauma, disrupt the full and free flow of wholeness within the systems of the body, true health is not achieved.

Chinese healing systems work on the basis that the energy fields, from which the physical ensues, are the true source of healing. Acupuncture has been effective for centuries. But alas not all acupuncturists are masters of their art.

Various energy-healing technologies have been with us since the early 20th Century:

In the 1930s Royal Rife, the inventor of a high intensity microscope, “also reported that a ‘beam ray’ device of his invention could weaken or destroy the pathogens by energetically exciting destructive resonances in their constituent chemicals. *  Sadly Rife was ahead of his time and his work was controversial.

Hulda Clark—a Canadian naturopath, whose work was popular in the second half of last century, claimed that all disease was caused by parasites. She invented a “Zapper” which delivers electrical currents at various frequencies that supposedly kill off corresponding parasites.

In the 1980s I was shown a computerized technology that reads the body’s vibrational fields and supposedly delivers improved vibrations to the faulty unhealthful ones.

Further developments in energy medicine have become more refined.
We are now at the dawn of the quantum age, beginning to effectively access information distortions in the human body field. And the world of medicine is perhaps more accepting of alternative approaches.

The most recent machine I’ve experienced is NES which is an acronym for Nutri-Energetics Systems. This modality is based on new understanding of the information and energy that make up the body field.

As I was in the process of receiving this healing modality, taking liquid drops coded by the NES technology, I had an “aha” moment—this is not frequency, this is information.

In the 1980s I practiced a form of bodywork called Trager, named for its founder, Milton Trager. Though it looked like massage, I was actually delivering information. I’d bring myself into a “lightness of being” state and then communicate that to the client. Dr. Trager said, “it’s contagious, your client will only catch it from you if you have it yourself.”

Infoceuticals work similarly. The computer program reads my body hologram and determines what aspects in my body field are struggling, because of misinformation, or a lack of flow. A certain type of water is encoded with the “lighter-freer-flowing” information my body field calls for (because the body is always reaching toward homeostasis).

The drops then imprint the body field, giving it information to correct flow, where it has been stultified or compromised. This invisible stimulus through the quantum field is more effective than trying to “fix” the physical or chemical levels, because it addresses the source of the disruption and stimulates the body’s response.

This takes medicine further conceptually, because it gets to the underlying causes of disease rather than just attempt to alleviate symptoms. It corrects the human body field so that it works according to its original blueprint.

So how is it affecting me? A digestive disturbance that for more than 35 years has fluctuated between chronic and acute is now settling and my overall digestive system feel stronger. The fallout from gut issues, Rheumatoid Arthritis, is subsiding. I have more sustained energy, a clearer mind, and most of all a desire to continue living.

Spoiler alert: Though the above statement was true after just two treatments, I had to go out of town for a month, unable to continue treatment. I experienced a little backslide (though I’m still much better than I was). For anyone wanting to go into this healing modality, I recommend making the commitment and staying the course.

You can find out more about NES Health from Luis Constantin MD, at https://heartandbiofield.com/